This past week was the third anniversary of Milady joining our pack. She is such a happy and chill dog (except during thunderstorms, 4th of July, and hunting season). In spite of being chill, however, she is the alpha dog in the pack; she bullies Percy the pit bull away from the dinner dish when she want to eat. Misha is happy to be domina -. er, mothered by her. We love her dearly.

Today is the first anniversary of Jonesy, the little blind cat, coming home from the vet after her ordeal. She may be blind, but she can kill a blanket with the best of them.

In the you-just-never-know-about-people department: Smokey was going through a load of stuff he brought from the Minneapolis house last weekend, all of it detritus left behind by various renters. In an old DVD player he found a DVD titled Snuff Films: A History or Highlights or some such thing. He immediately ejected and trashed it. Which one of our renters left it, who knows? But his guess is that it was one of the males, both of whom were psych techs he worked with on the inpatient child and adolescent ward. That is scary.

In non-scary news, half the family joined in protests today.

This was early in the rally. There were probably twice as many people by the time I left. This counts as a good turnout in Polk County WI. 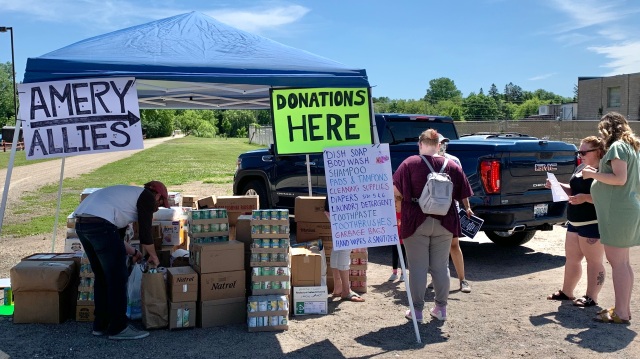 The pile of donations was significantly larger by the time I left. They also accepted cash donations, >$200 at last count. 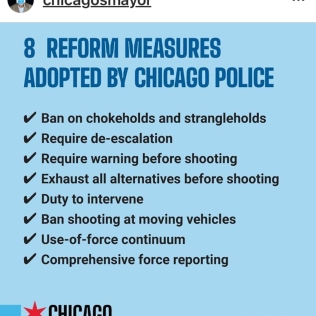 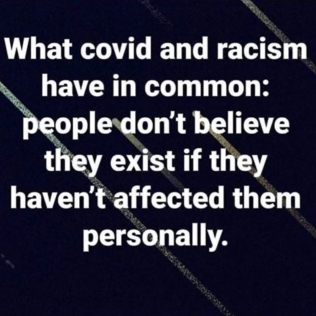 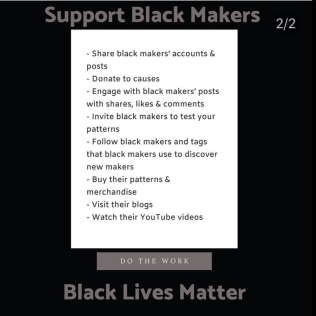 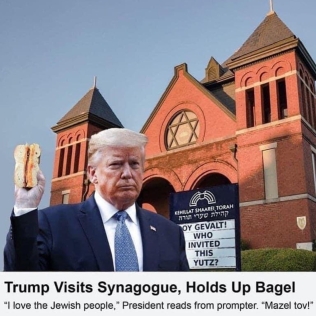 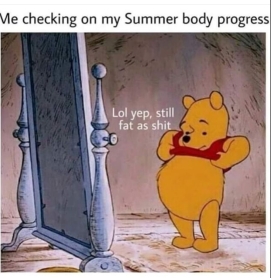 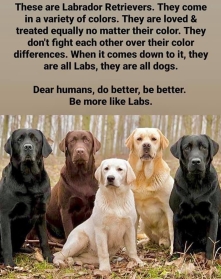