Last parade of the season! 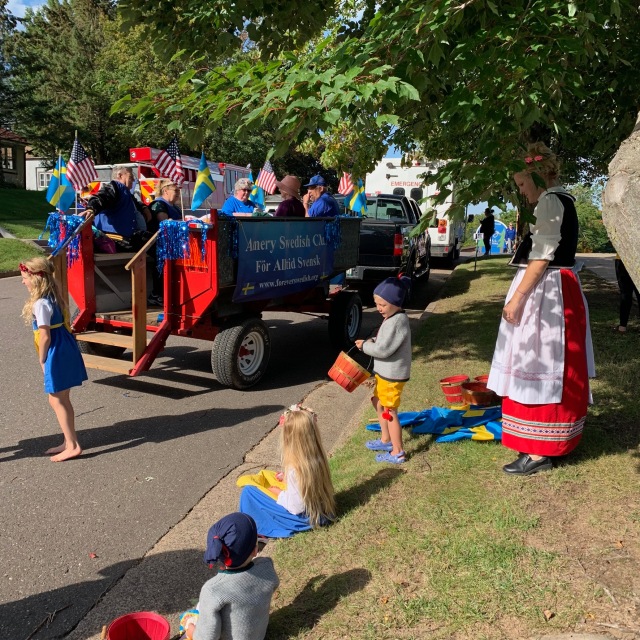 The unit in front of us. Lots of blondes in the Swedish Club. 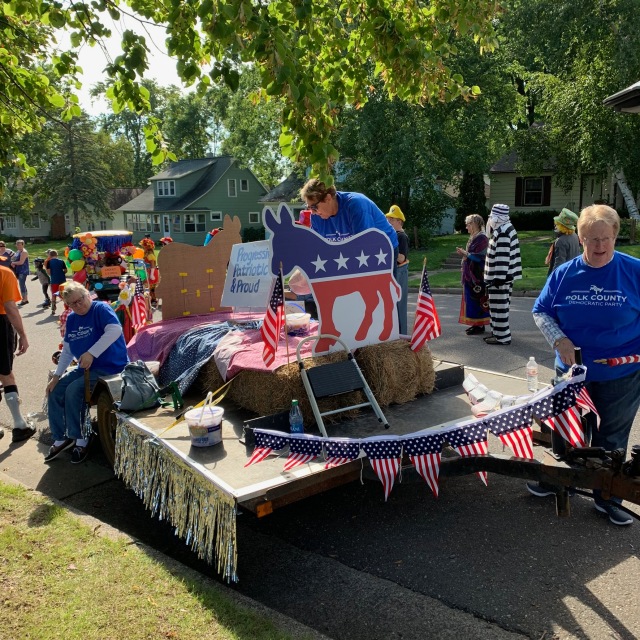 Getting our float set up. Members of the local clown club are visible behind us. We had great fun joshing with them during the line-up.

What’s over there? Who knows, but it was definitely interesting.

One of the clowns joined us for a photo op.

Remember back in January 2018 when there was a special election for a state senate seat in Wisconsin? And remember how when the Democrat candidate won, it made the national news and started the murmurs about a Blue Wave? The woman in the center, Patty Schachtner, was that candidate. We are proud to call her our state senator! She is one hell of a woman — raised six kids, was the county medical examiner, organized community-support agencies, and basically never stops helping. She also rides a Harley and is a hunter.

A couple members of the clown club. The criminal kept hiding behind trees or sneaking up behind people to startle them. He (she?) was having as much fun as anyone.

3 Responses to Last parade of the season!