THE WAY THINGS ARE RIGHT NOW.

Thing The First.
The buzz of chainsaws is no longer constant, having slowed down to mere intermittence. I still need to sweep leaves and twigs and small branches off our deck(s); they are from the second storm, on July 26. Why am I so tardy about tidying up? Busy with Dems and other indoor stuff.

Thing The Second.
Sometimes I find it hard to remember which entity of which I am the treasurer when I get a check to deposit. 7th Congressional District Dems, Polk County Dems, Kim for Wisconsin, or Friends of the Library? Earlier this week I planned on driving 30+ miles round trip to deposit a Dems check, only to realize at the last minute that it needed to go to a different bank, 20+ miles round trip (but I would already be halfway there on a different errand, so half those miles do not count). However, when I got to the proper bank their electricity was out — yet another storm — and they could not process the deposit, which meant I needed to make another visit later that day when, hopefully, their power would have been restored. I did and it was, hallelujah.

Thing The Third.
The hummingbird feeder is rehung outside my office window from a higher hook. 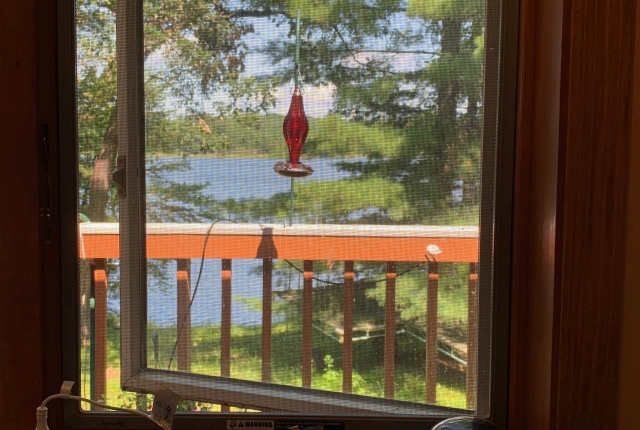 But although hummers zoom past and around the feeder, few of them actually stop to take a drink. 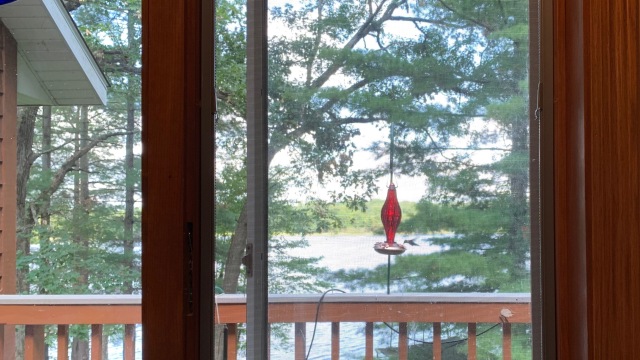 But this one did.

4 Responses to Three on Thursday.