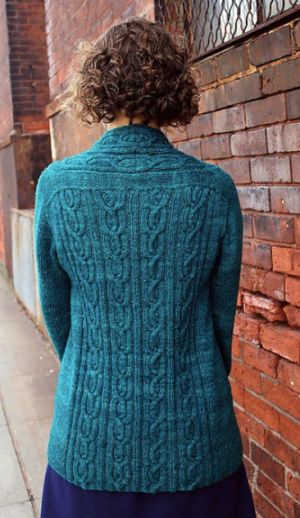 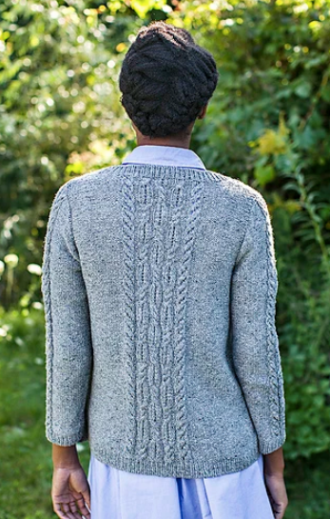 After wrestling with gauge issues* over and over (and over!) I have a new game plan. The tweed teal Knit Picks yarn has always been intentioned for a cabled, V-neck cardigan. I have made the executive decision to make a Fairfield instead of a Chartreus. I started a Fairfield several years ago but frogged it. (Knit the back, knit the sleeves to the armholes, discovered that I screwed up the sleeve increases, put the sweater into time out, eventually frogged it.) The Fairfield is less ambitious, therefore easier, not to mention a bit shorter. I am hoping that those factors enable me to actually finish the sweater.

Does all this make sense? Maybe, maybe not, but it makes sense in my head so I am doing it. 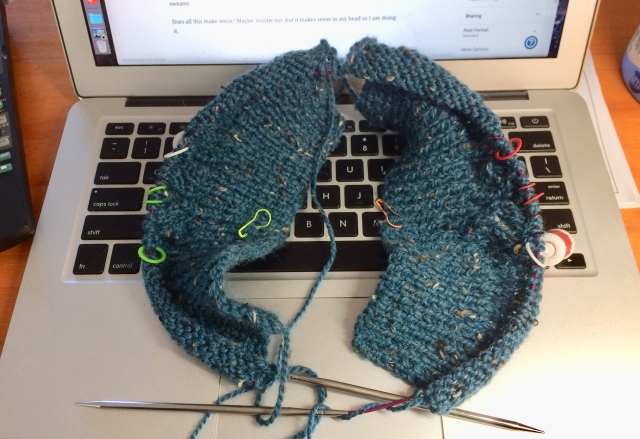 Sleeves and the beginnings of cables. 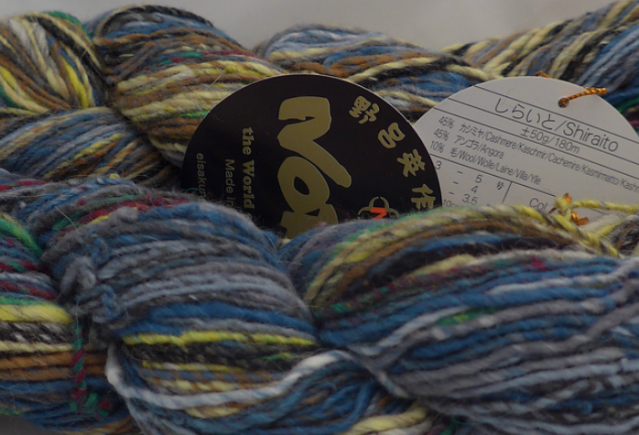 I cast on a scarf for a portable project, but when I finished it I put it somewhere and now I cannot lay my hands on it. But I can show you the yarn. 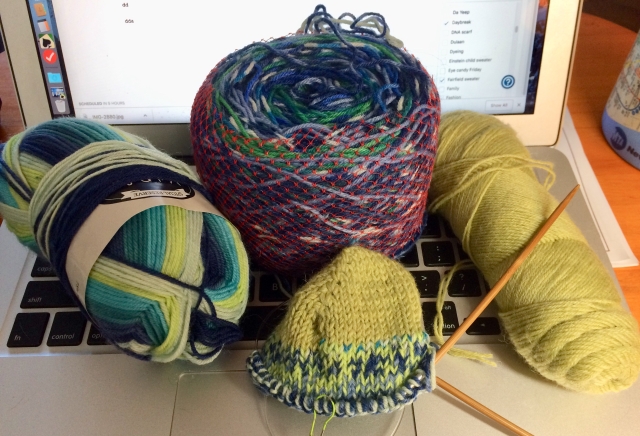 When I finished the scarf, I cast on a sock for a new portable project. Big change: instead of white toes and heels, I went for yellow-green.

I read We Were Eight Years in Power: An American Tragedy by Ta-Nehisi Coates as my initial step into racism. It was both easy and hard to read — easy because he is a good writer, hard because sometimes the concepts were hard to understand. I recommend it.

They I read Year of Yes by Shonda Rimes. Short, easy to read. As a person who is inclined to say yes, I didn’t learn a lot from it, but I was definitely entertained.

Last night I started Circe by Madeline Miller. So far, so good, too soon to judge overall.

Head over to Kat’s blog to see other Unraveled Wednesdays!