I’m coming to Portland OR! 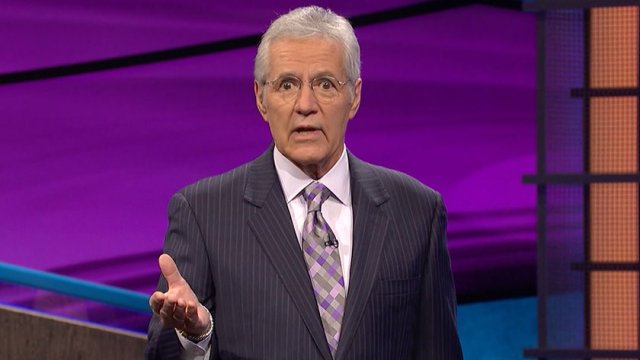 Yeah, okay, the email was actually from the Jeopardy Contestant Department.

Apparently I passed the online test I took a few weeks ago. In the case of the multiple times I have taken that test since

2013, I have never passed it. The unwelcome thought occurred to me — more than once, actually — that I am past my prime and way too old for any kind of memory game.  Getting that email yesterday made me think, Yep, the old girl’s still got what it takes.

Whatever the hell *it* is.

However, this will not be my first [Jeopardy!] rodeo.  I first qualified in 1999 at a contestant search at the Mall of America. An Internet friend (Hi Katie Barefoot!) and I both took the test. I qualified, she didn’t. (Sorry, KB!) Also, that time both Katie and I, plus another gentleman I didn’t know, were contacted by a reporter from the St Paul Pioneer Press to talk about our preparation and our whole Jeopardy experience. Since 1999 was years pre-blog I have no link to an online recounting of that day. However, there was a nice writeup in the SPPP (which I probably have a copy of somewhere but which I am not going to look for), complete with a photo of me looking appropriately happy and clever. Several people here in my wee WI village saw the article and read that The Kat™ from Milltown, Wisconsin had qualified for Jeopardy. My first taste of notoriety. 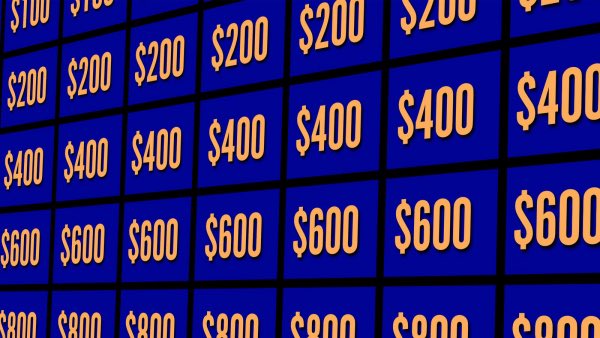 The second time was in 2005. That time, after being notified of having passed the online test, I chose to go to an audition in Chicago — they generally give the prospective contestant the choice of three cities — because Smokey’s brother and wife live south of that city. I visited them, and BIL Bob drove me to the audition at Navy Pier downtown. Everyone who came to the audition took another 50-question test, and those who passed were asked to play a short mock game of Jeopardy! and do a sort of mini-interview. I sat between a newly graduated Yalie and a young woman who were both way more interested in getting to know each other than they were in chatting with me. Go figger.

Fast forward to 2008. This time the audition was actually in Minneapolis, just a few blocks from where I was laboring over tax returns at the time. Now that I had a blog, I took photos and posted about it here: Everything you ever wanted to know about Jeopardy! One of co-contestants that day, Fred, actually was invited to be on the show and won three matches before being defeated by another contestant.

The last time I qualified was in 2011. One of the audition cities was New York, and Elder Son was in  med school at Mt Sinai at the time, so NYC was the logical choice. Unfortunately, the audition date fell smack in the middle of our annual mountain vacation in Wyoming, But we figured it out, and I took a side trip to the Big Apple for the audition.

[digression] Aren’t blogs wonderful for helping one’s memory of when, where, how, etc., something happened? No way I could have remembered what years these events occurred. [/digression]

So, this will be my fifth Jeopardy audition. It’s still gonna be exciting and I will still be a little nervous. But it will be fun, not to mention a little break from the mounting pressure of the November election.

The only city option for this audition was Portland, Oregon. I have never spent any time in that state*, let alone that city, so I am pondering my travel arrangements.

The audition is the morning of Wednesday, August 8. Should I make it a wham-ban-thank-you-ma’am kind of trip, flying into Portland on Tuesday and returning to the Midwest Wednesday afternoon? Or should I make it a 3- or 4-day mini-vacation, flying out on earlier in the week and spending a few days in Portland? Any of you familiar with that city, or, even better, any of you live near there? Wanna have coffee/drinks/dinner with me?

Let me know your thoughts!

* The only time I have been in OR was in 1973 during the Arab oil embargo. My girlfriend and I were on an extended road trip, and we were low on gas as we neared Coos Bay. We pushed her car, a Ford Pinto, into a gas station there in an effort to look particularly desperate for fuel.

15 Responses to I’m coming to Portland OR!