Back in early November our governor appointed the state senator from our district to be the new commissioner of agriculture and scheduled a special election on January 16 to elect her replacement. An hour later our local state assemblyman declared his candidacy for the seat. Another Republican, three Democrats, and a Libertarian* also declared they were running, which necessitating a primary, was held December 19.

We have a new town clerk after the man who had held that position for many years pleaded no contest to charges of child abuse. As a convicted felon he cannot hold public office nor vote. The new clerk, who has a Ph.D. in education, was learning the ropes at the primary but everything went smoothly. Turnout of 17% was actually fairly good for an election less than a week before Christmas and where most folks had not heard of the candidates — except for the two Republicans — before. 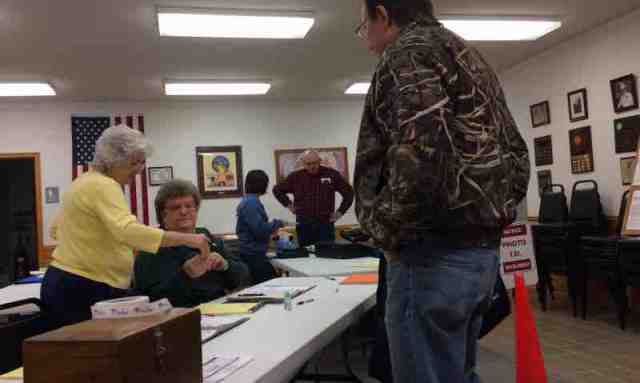 I am not a morning person, and being a poll judge means being there from 6:45 am until 8:30 pm on The Day. But I do kinda enjoy seeing everyone who comes to vote. Small town life; it’s an adventure.

* Doesn’t this sound like the beginning of a joke? “Two Republicans, three Democrats, and a Libertarian walked into a bar…”