The tale of a hat.

Back in aught-ten I won some yarn in a Webs contest that I didn’t even know that I had entered. 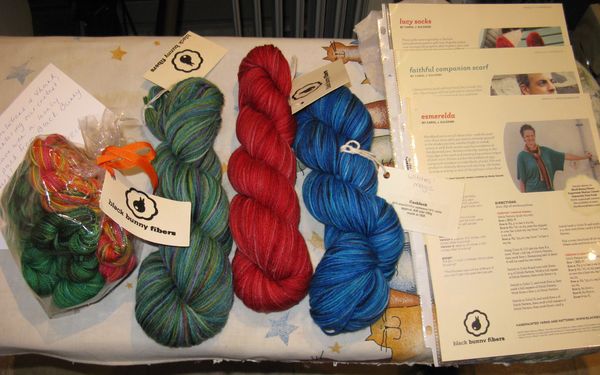 The yarns were lovely, but I thought that the red and the blue were too luscious for socks (red is 80/20 bamboo/merino; blue is 80/10/10 merino/cashmere goat/nylon) and too bright to wear next my face in a cowl. The green (100% alpaca) was perfect as is, and I used it to knit a cowl (apparently unblogged) for a friend.

The red and blue languished in the stash for several years, then I had the glorious idea to tea-dye them to tame the colors. The red remains unphotographed, but here is the blue.

After. I find it amusing that tea-dyeing bright blue yarn turns it teal, e.g. greenish-blue.

The now-teal yarn continued to languish in the stash until a few weeks ago when the need for a turquoise-ish hat arose. I have the perfect yarn for that! Tragically, however, in the intervening years an enterprising moth had  discovered the skein. I knit it anyway and just removed the damaged bits; this led to a lot of ends to be woven in… 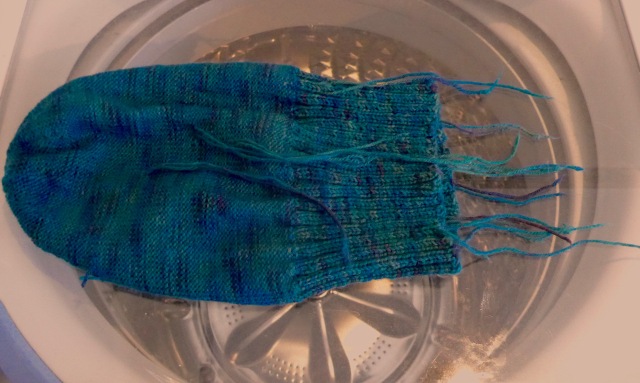 …and a hat that bears a surprising resemblance to a squid. 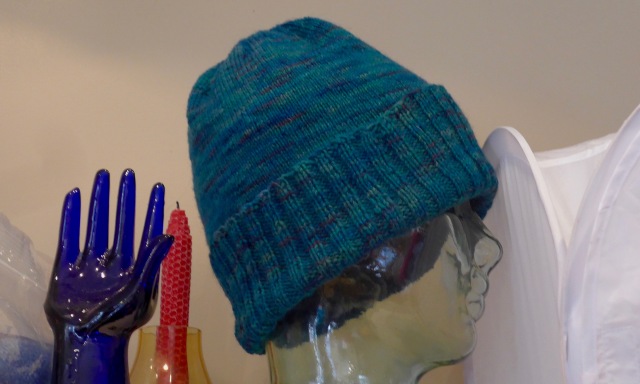 But it really is a hat. And my head is much larger than Bubbles’*, so it fits me well.

3 Responses to The tale of a hat.