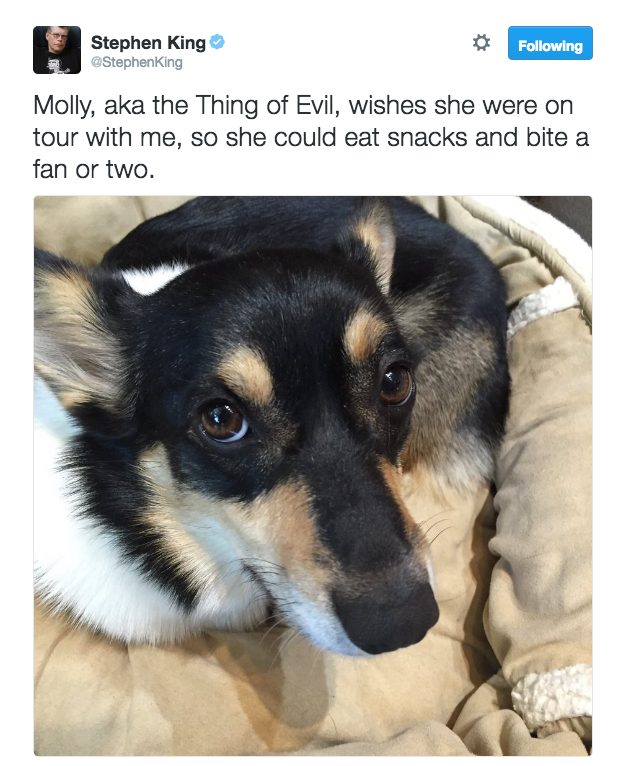 This is not our Milady, but that face is a dead ringer.

Sweet Lucy took her last trip to the vet on May 25. On June 4, we drove to Brooklyn Park, MN to Midwest Animal Rescue Services to meet Nellie. The king is dead, long live the king. 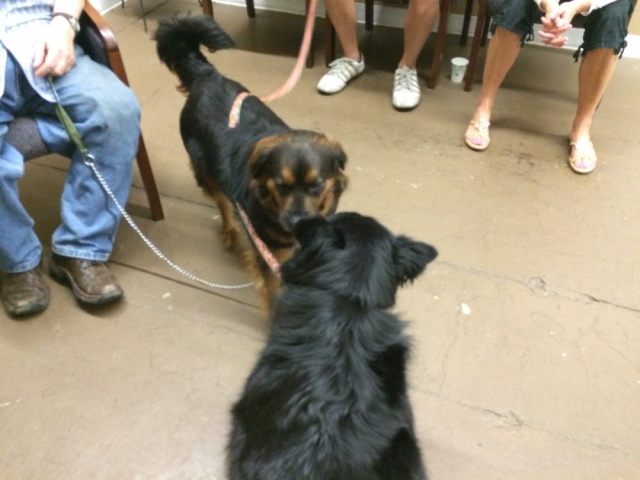 Misha (in back) meets Nellie. No drama ensues. 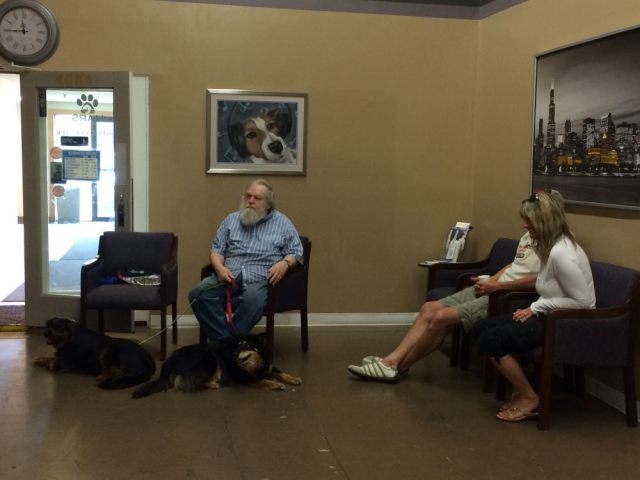 Butt to butt, they rest. 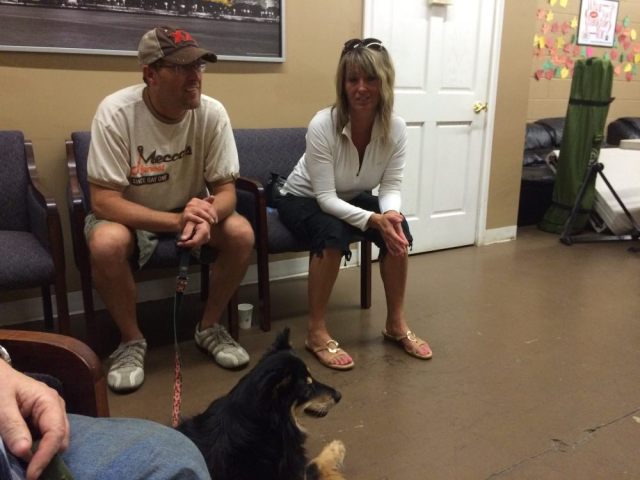 Nellie’s foster parents, who had her for three weeks. They also have a couple German shepherds, with whom Nellie learned to play. 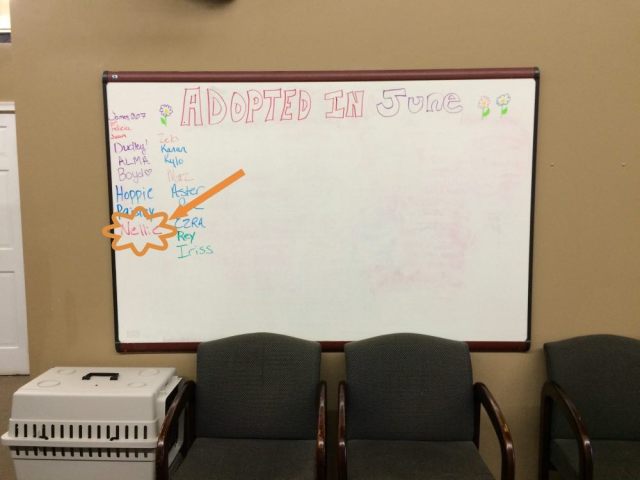 Nellie enters the ranks of the adopted!

When we got home that day the entire family — Smokey, me, Misha, Nellie, Hannibal The Fluffball Of Doom, and En Esch The Stoopid — took a nap together because we are not used to getting up at 7am. Nellie was lying next to me on my bed; the two cats came over to sniff her, then shrugged their collective shoulders and walked away to find the perfect napping spot. 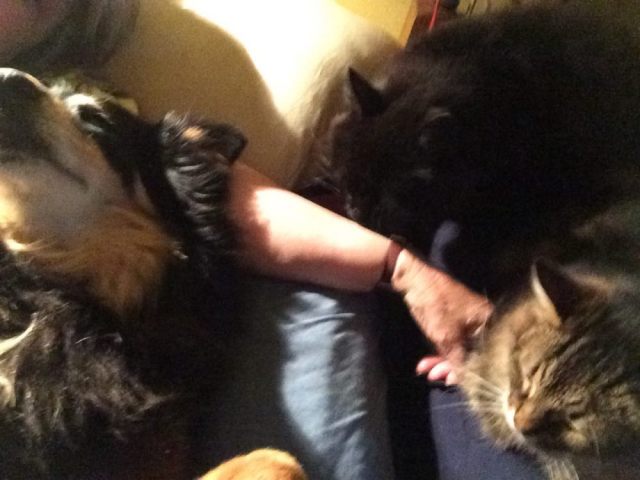 Another dog. Big frickin’ deal. We do not disturb our feline sleep because of something as insignificant as another dog.

Misha did many play bows in front of Nellie, but the latter was not ready to engage. Eventually Misha gave up and ignored the new addition. She was a little insecure, however, and asked for more petting and reassurance than usual for the first week or so.

After a few days we decided that Nellie would henceforth be called Milady (or M’Lady, depending on how you type). It seems to suit her, as she really IS a little lady. She probably had the name of Nellie for only a few weeks; she had been picked up as a stray in Joplin MO, so who knows what her *real* name was. She hasn’t quite learned her new name yet, but we are confident that she will eventually.

There have been a few scattered moments of play between the two dogs, so things are lookin’ good. They will eventually find their groove. In relation to her human owners, Milady is a total bundle of love. Her description on Petfinders said that she never met anyone she didn’t like, and we do not disagree. She seems to have decided that I am her alpha human, following me wherever I go, although she is plenty friendly with Smokey, too.

Milady is friendly, affectionate, quiet, a bit of sedentary slug (just like us), and has a lovely thick furry coat that is fun to pet. A few months ago I decreed that all future pets must be black; we will always have furry pets, and light-colored fur shows up very well on dark-colored clothing. I have not been able to wear black for YEARS. Milady is not totally black, but close enough. I look forward to becoming a goth 😉

7 Responses to Milady joins the pack.