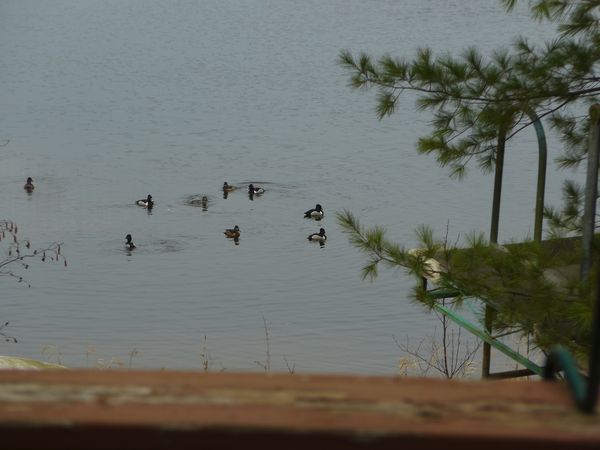 The wood ducks were passing through last weekend.

It was difficult to count them because they kept doing this and disappearing under the water.

I spotted this today. For a second I thought it was a maze in the woods. 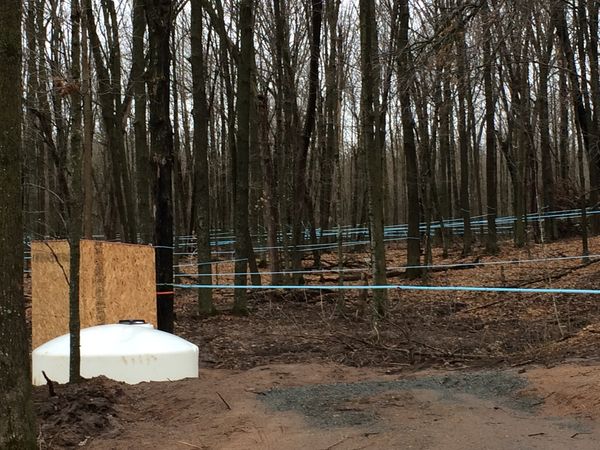 Then I figured it out. Those are piped maple trees, and that little wooden
building might be the cook shack. Maple syrup season is probably over this week,
according to the chatter I heard on Tuesday.

Speaking of (the first) Tuesday (in April), spring brings certain local elections —
village and town boards, school referenda, a supreme court justice.
These were three of my fellow election judges.

The fifth election judge monitored the single voting machine.
I'm pretty sure that voter is one of the volunteer fireman that pulled Smokey and I
out of the lake a couple weeks ago. Small towns: you see the same people over and over.

She and I occupied ourselves in the same manner during the down times.

(no photo)
When I got home that night I heard the loons crying. It made me very happy. 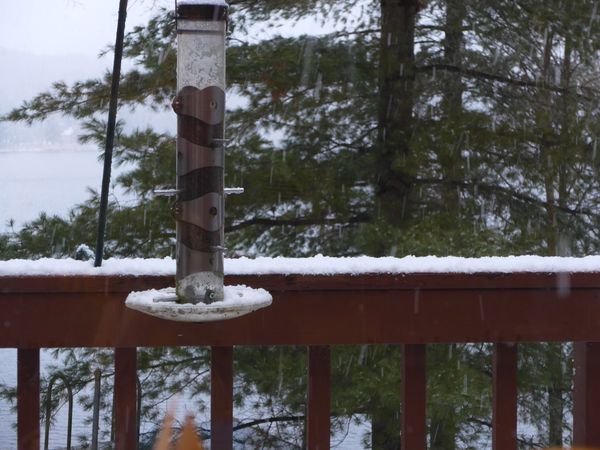 0 Responses to Images of spring.