I was searching through my iPhoto library for a photo of the mini-mini-motorhome — found it! — and came across some others that I felt the need to share. I sincerely hope none of you are still on dial-up because this is one mother of a photo-heavy post. 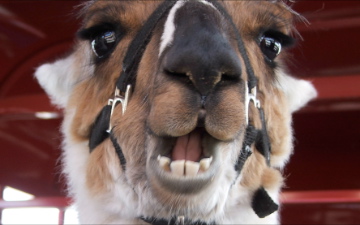 I broke my ankle in September, 2008 when the stock market crashed and the election was heating up. Remember Dolores? I thought she lent just the right touch to my cast.

Convention center hallway, Milwaukee, 2010. Of course I pushed the button.

Yes, those are ostriches. They are raised for their meat (apparently).

Tame cheetah at a wildlife park. Did you know that cheetahs purr? REALLY LOUDLY?!
(The young woman was someone else on our tour.) 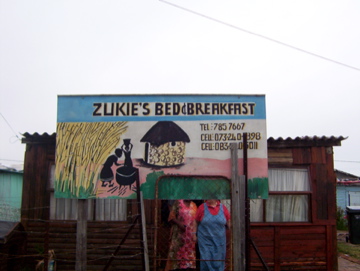 A B&B in Masiphumelele, a township south of Cape Town.

The operating room — now a museum in the middle of a busy hospital — where
Dr. Christian Barnard performed the first successful human heart transplant. 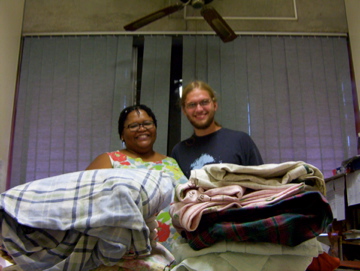 Elder Son and Zombi, director of the 15-bed AIDS nursing home where he volunteered.
In front of them is part of the bedding I collected here and brought for the home. 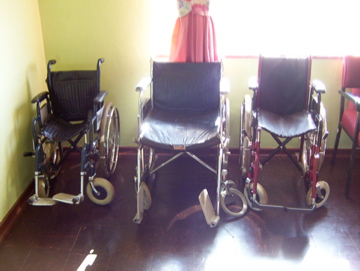 In the nursing home.
. 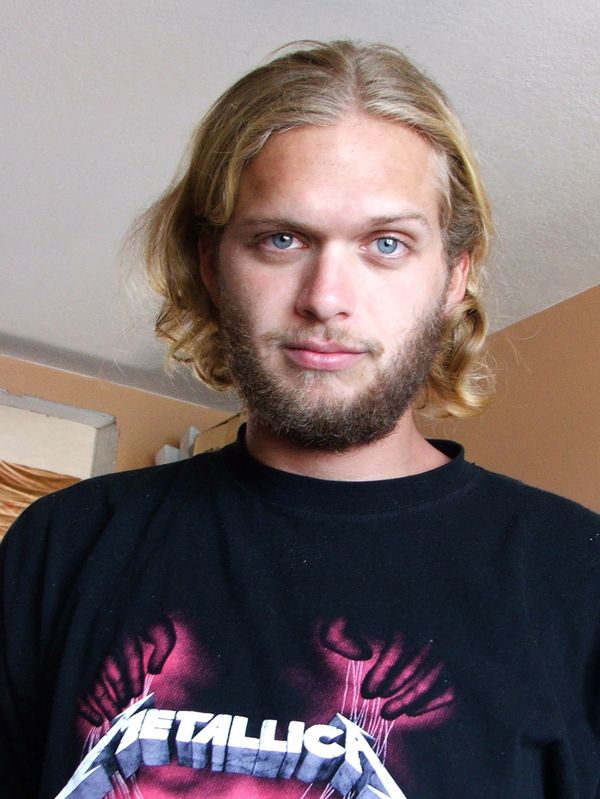 This is the photo that caused several of my blog readers to fall in love with Elder Son.
He had come into my office to show me the letter
congratulating him on being admitted to Phi Beta Kappa, 2007. 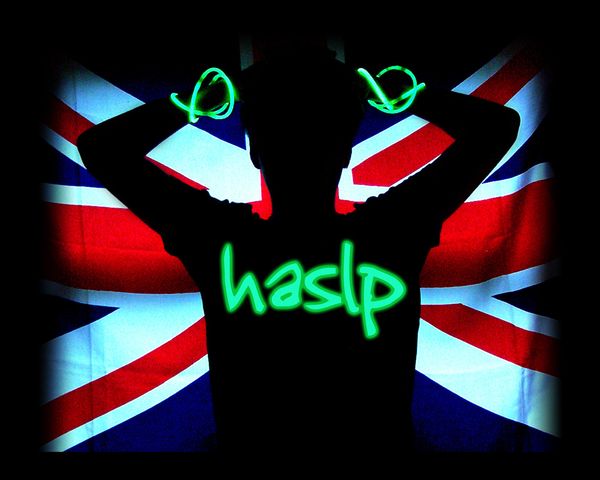 Younger Son made this self portrait in 2005. haslp was his screen name at the time.

He was the king of his second No Hater Rolling Dance Super Bike Mega Party, 2010. 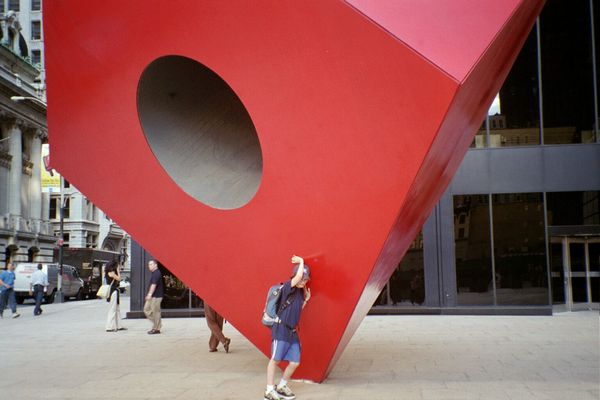 In the financial district, same trip.

Smokey used to have a large (4' tall) cage of flying squirrels he had captured in our attic. This is Codger, so named because he seemed the oldest. Peak population in the cage was 7. One pair mated (repeatedly! with enthusiasm! ) and had babies. 2007. 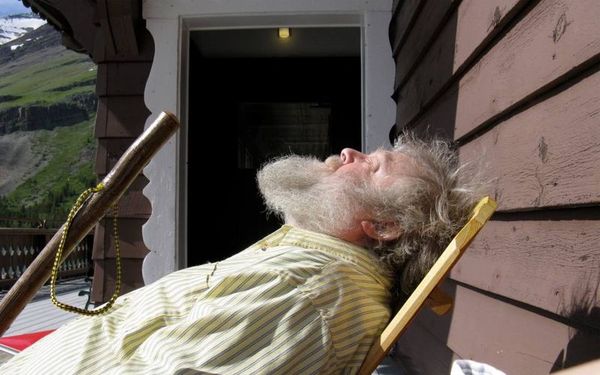 The photo that prompted this post.
The pole light needed a new bulb. This was the only way anyone could reach it. Smokey suggested the arrangement to Younger Son (watching), who started to climb up but came back down, saying, It doesn't feel safe. (What you may not be able to tell from the photo is that Da Yeep is parked on the steepest part of the driveway hill, the place that has stopped many a car from getting up that hill in the winter.) My intrepid husband said, Oh, I can do it. And did. Circa 2009.