I finished a hat and scarf set for myself.

Color is off in this photo, but I couldn't fix it without making my desk look even more overgrown with moss than it already is. (see next two photos) 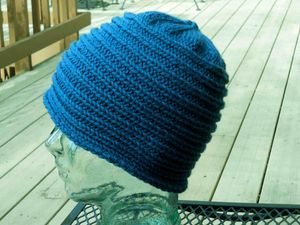 Pattern: Sideways Grande Cloche from Boutique Knits.
Mods: None except that I used a different, slightly heavier, yarn so I cast on 36 st for the body of the hat instead of 42.
Yarn: Knit Picks Swish Bulky (100% superwash merino) in Aegean; 1 skein exactly.
Needles: Knit Picks Options, US#10, 9, 8, and 7, as called for in the pattern. I do not understand why the designer had me use four different needle sizes, but whatever.

Scarf is not blocked yet so the lacy pattern is rather…camouflaged.

Pattern: Lace Rib Scarf by Kay Gardiner. I found this one by using Ravelry's advanced pattern search — which is wizard, btw — to look for a scarf using bulky yarn. I avoided ribbed ones b/c they draw in  in width, and I didn't want to have to knit the scarf wider then necessary. Lazy efficient, me.
Yarn: (same as above, 2 skeins exactly)
Needles: Knit Picks US#9 because they were handy. Kay used US#10s for the same reason.

This is a more accurate portrayal of the color from the KP website: 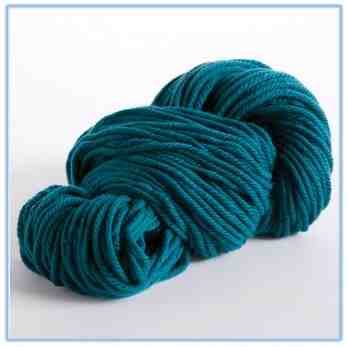 This will be a cozy set to wear next winter when the winds howl. Color is gonna be kinda boring next to my brown coat, but whatevs.