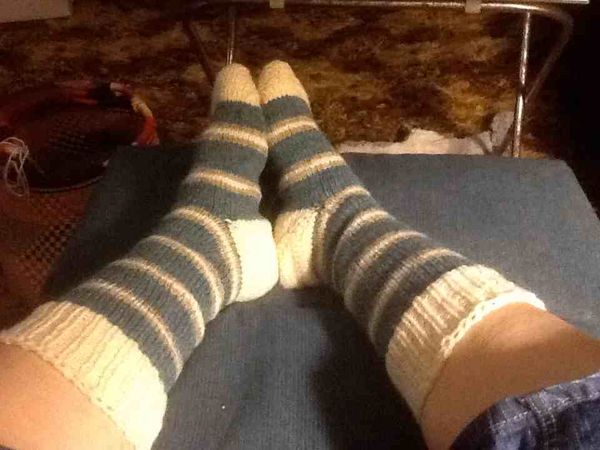 I finished these Sunday night whilst watching Wallander*. 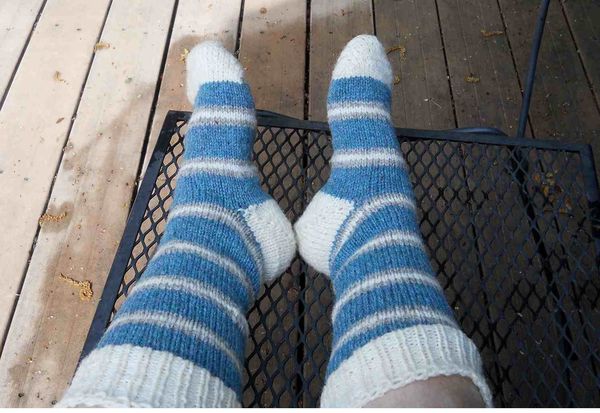 Yarn: Country Classics Yarn for Sox
Pattern:  my usual, Wendy's Generic Toe-Up Socks, here worked over 48 st. Feet are a little too big (44 st would have been better) and legs are barely big enough, probably because I made them so tall. Shapely calves, etc.
Needles: US#2 for the feet and ankles, US#3 for the leg. I just looked at other socks from this yarn on Ravelry; most people used a US#6, although there were a few 3s, 4s, 5s, and even 9s. No one else was dumb enough sufficiently intrepid to use a 2, though. 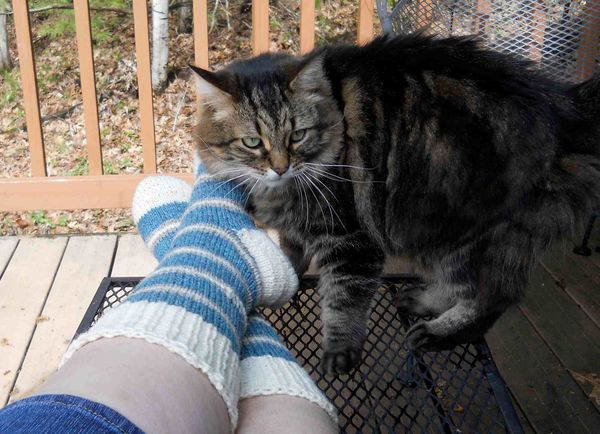 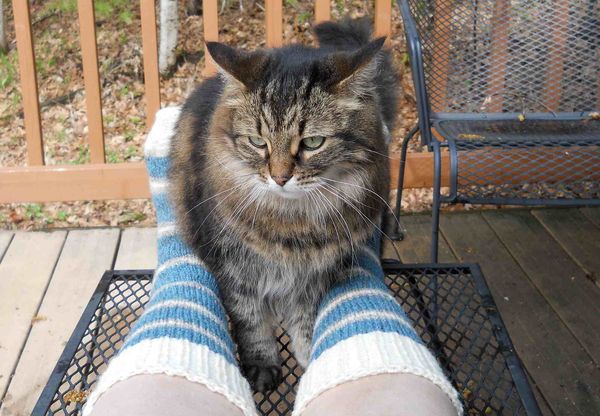 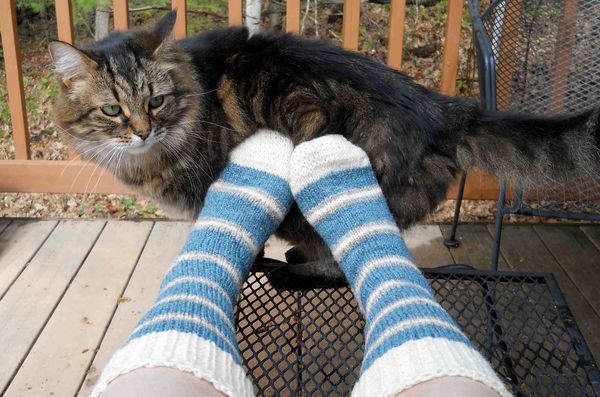 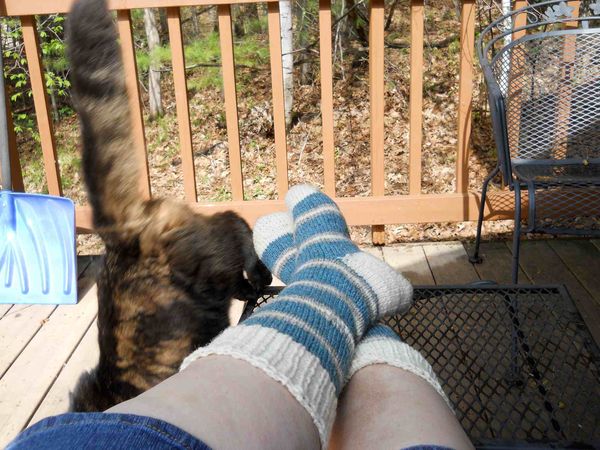 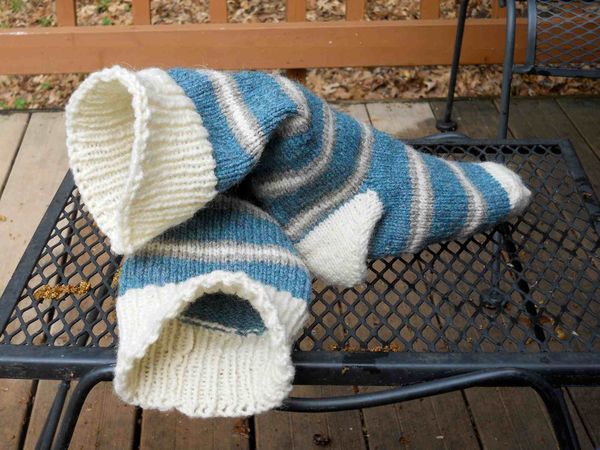 I call these bulletproof. Here is an example of their heftiness and body.
I had to whap them back onto the table after they tried to walk away on their own.

* Kurt Wallander is played by Kenneth Branaugh. I would never have believed that Branaugh could be so annoying. He plays the character, a Swedish police inspector, as stoic to the point of being inarticulate. The only time he can put more than three words together is a, when he is discussing the case, and 2, when he is livid. After watching my way through two seasons of this on Netflix I have gotten used to him; either that or he has lightened up a bit on the tongue-tiedness. Also of note is the cinematographer's excessive fondness of wind-blown grasses/rape/other crops. Nice effect the first couple dozen times…