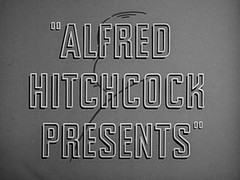 0 Responses to Ten on Tuesday: the Alfred Hitchcock edition.