OTN: a tale of perseverance.

I have been working on a sleeveless sweater for myself since August, the Tappan Zee cardigan from Knitty. If I hadn't had to frog and reknit and frog and reknit, rinse and repeat, more times that I could count (I lost track at ten), it would have been done weeks ago.

I cast on when we were vacationing on the North Shore the last week of August. Knat away happily whilst gazing over the lake. 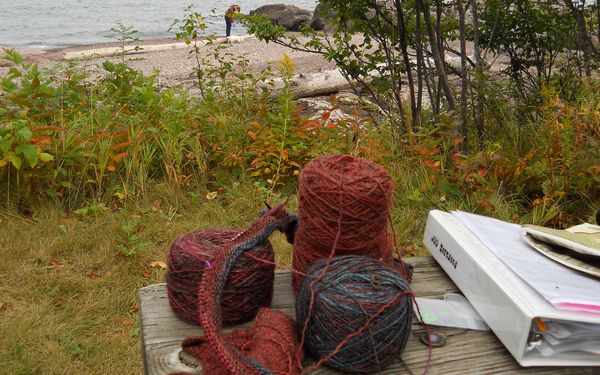 I have four skeins of Brooks Farm Acera in three very similar colorways, so I decided to knit alternate skeins every two rows — AA, BB, AA, CC, AA, BB, etc. This produces subtle stripes. Wrestling with three balls of yarn is not fun, but necessity, etc.

The pattern was written for a different yarn and gauge, so some math was required. No problem; numbers are my business. 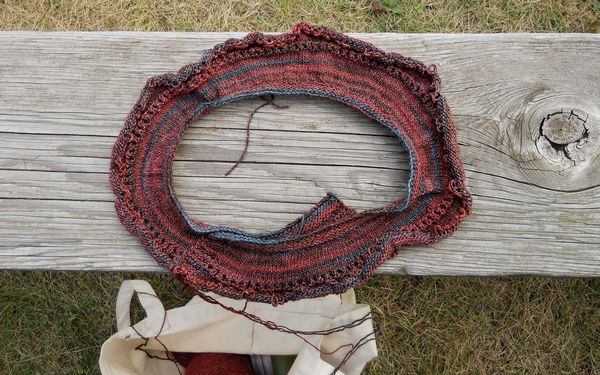 Notice how much the two edges of the knitting overlap at the bottom of the photo? That was how much too big my original cast on was. Dirty lying gauge swatch.

Frog back to the cast on, rip out a bunch of cast on stitches, reknit.

As I said, I don't remember how many times I had to rip back and reknit, always at least two rows, sometimes ten or twenty or thirty. I screwed up the lace, I miscounted the stitches, the front was too small, yada, yada.

After studying the many versions of this in Ravelry I decided that it needed some short rows to raise the back neck and more buttons in the yoke so it didn't gap between them. Those two things accounted for some of the frogging and reknitting.

Through all this I was surprised at myself that I didn't get discouraged or (very) frustrated. The yarn — a merino/silk/nylon blend — is pleasant to work with and amazingly sturdy. Even after the tenth (or more) reknitting, it looked exactly as it had when I started, just a tiny bit less tightly plied.

At one point as I was knitting across the back, I noticed an odd stitch eight or ten rows before. What the heck did I do? I wondered. 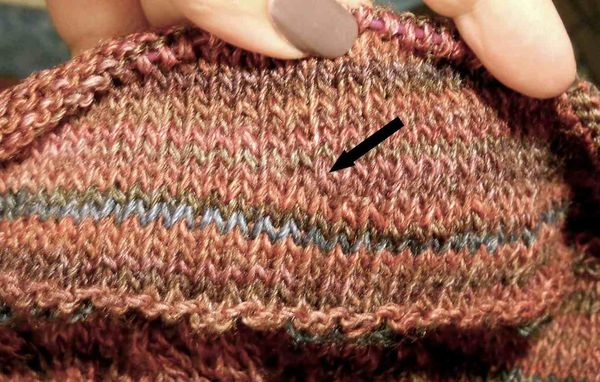 I dropped back to fix it, only to discover that it was a sideways loop. 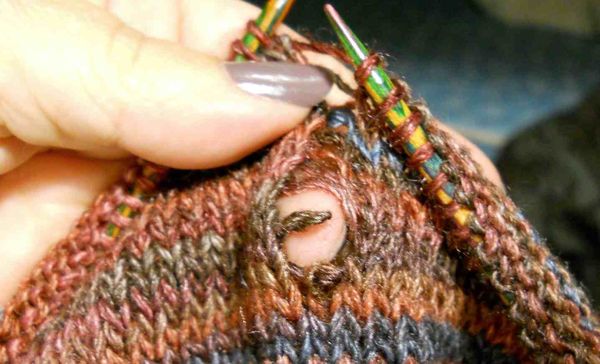 Eventually I figured out (duh) that the weird-looking stitch was where I had done a short row. Remember the short rows? Yeah, I felt pretty dumb. But the fix to restore it to original worked out fine.

[digression] Notice my lovely thumbnail? All ten nails were equally long and perfect. This happens every few years, always at the end of summer. Several summer months of actual humidity in the air meant my nail were not brittle. This year they lasted well into October before succumbing to dry air. They were fun while they lasted… [/digression/ 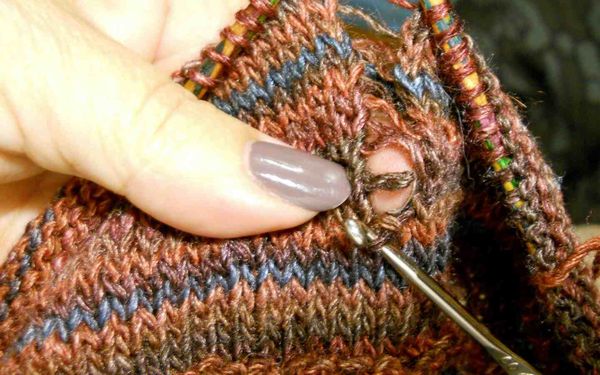 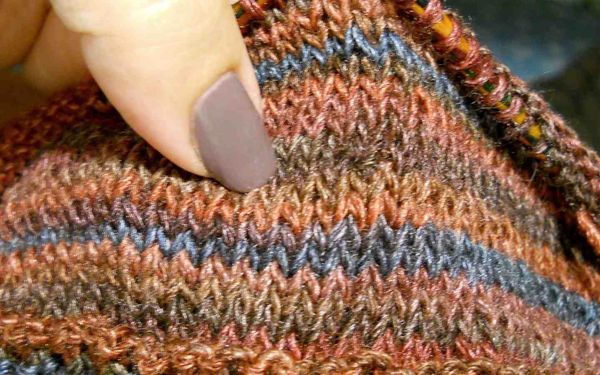 It still looks like a funky stitch, but that it because it is an intentional funky stitch.

Happily, I haven't noticed that funkiness since.

After weeks and weeks of knitting and frogging and knitting again, I finally have this to show for my efforts. 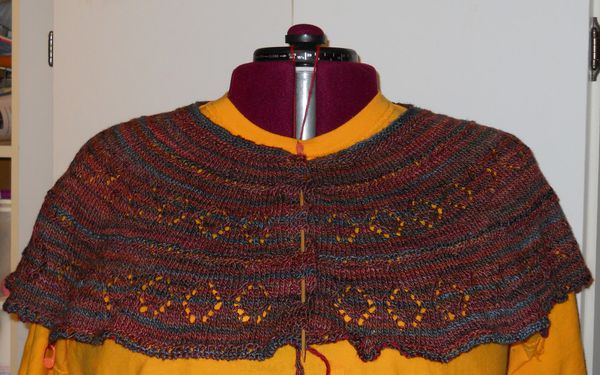 Someday, it may actually be a sweater…

0 Responses to OTN: a tale of perseverance.