We took a mini-vacation last week, five days at Temperance River State Park on the North Shore of Lake Superior. 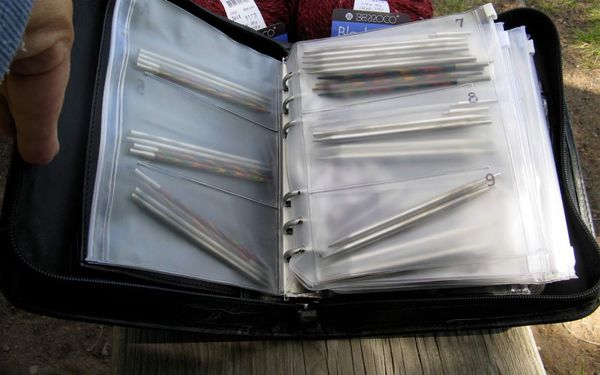 …because one never knows when a delightful yarn shop — or two! — may appear on the horizon*.

Before we left I had read Erika's post about her Red Scarf. I had already decided that I was not going to participate in the Red Scarf Project this year (forgive me, Norma!) because I had declared 2010 to be The Year Of Knitting For Me.

But that post kept lurking in the back of my mind.

First, I ventured into That Little Red House, a lovely yarn shop in Grand Marais that does not have a website and of which I tragically did not take a photo. The owner was friendly and chatty and I found the perfect yarn for a red scarf. 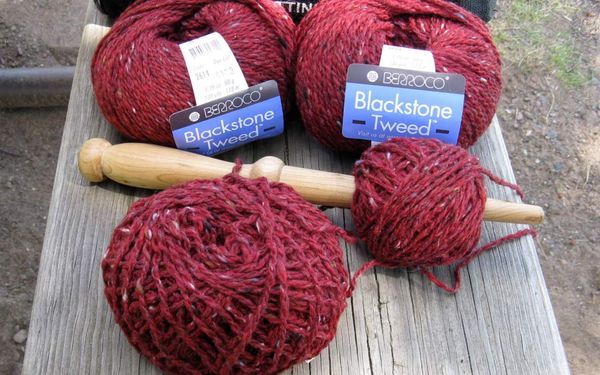 The yarn is a 2-ply blend of wool, superkid mohair, and angora — lovely cottony soft. How handy that I had brought along my nostepinne and all my needles! I immediately cast on for the scarf, using La Harlot's One-Row Scarf pattern (I knit two scarves and several afghan squares from that pattern last year, so it is pretty well embedded in my brain).

Tra la la, a day or two later we found another yarn shop! This is the one whose sign is pictured above and is in Tofte, right across Hwy. 61 (yes, that Hwy. 61) from Blue Fin Bay resort. Guess what, that shop had some very nice red yarn**, too!

Now I have two red scarves OTN and my conscience is a happy camper.

I finished the pair of socks that was in progress when we left and wore them. That means they are currently in the laundry pile so I'm not gonna model them for you right now. As soon as that pair was done I cast on for another pair from a skein of Trekking I bought last year. 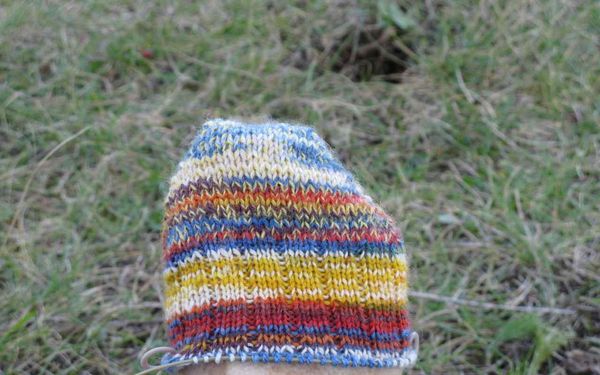 See that hole in the ground beyond my foot? That is a chipmunk burrow, and the chipmunks kept me constant company while I knit by the lake. Mostly they scurried about and scolded me for being in their territory. Eventually I had the clever idea of keeping a bag of trail mix handy and tossing them the occasional raisin. That kept them quiet.

* It may have helped that I did some serious googling for yarn shops in the area before we left. I even took screen shots of the Google maps showing the location of each one and loaded them onto my iPod. Always prepared, that's my motto!

** In case you cannot read the labels, this red yarn is Lamb's Pride Nature Spun worsted, and a more delightful and affordable 100% wool worsted I have never encountered. How come none of you told me about it? Keeping it all for yourself, eh? Well, now I know about it and it will be every knitter for herself. This yarn is soft and fluffy and knits wonderfully and was $6.95 (or $7.95, don't remember) for >200 yards. The skein on the right is a true bright red, the one on the left dark red. We all know how difficult it is to photograph anything red.

Like Loading...
This entry was posted in Animals, Community knitting, Knit one below, knitting, North Shore, Scarves, Travel, Vacation. Bookmark the permalink.